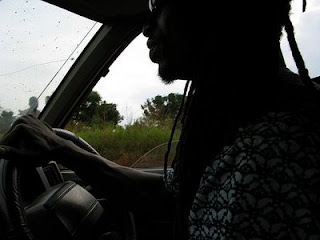 This sounds exactly like the road that we have to travel to get to the nearest town for supplies. If you look on a map it will be called M11, but we just call it "The Choma Road" because it will eventually get you to a small town called Choma. This is where you will find the closest paved road, and landline telephone. I have been blessed because I have been able to purchase one of the best vehicles one can buy for a road like this, a '94 Nissan Patrol. I have to drive this road more often than I wish and afterwards I feel like I've just been beat up when I wasn't looking. I feel your pain, these roads have no mercy. I always wonder why there is no chiropractor or Massage therapist in Macha, He/She would make a killing.

wow. that is the most moving thing i have read in a long time.