A Walk Along the Coast

On the northern coast of New Orleans sits a massive lake. In the absence of a great storm, it is a peaceful thing that blends into the sky along the horizon. It keeps the air humid, and in the night its vapors condense over the city, forming the thickest fog I have ever seen. It is a cloud that refuses to dream for the sky. It slithers over the land and stifles the 9th Ward in an opaque muggy blanket. It takes away all that was visible from the dark. Cars are simply two lights until they emerge from the haze 20 feet away. If telephone poles extended further into the sky than the light bulbs that burned upon them, we would not know. The fog shrinks the world to simply that which is immediately before us, an external manifestation of my worst moments of narrow-mindedness.

We walked this landscape, me and the Howellhouse.

We walked along the northernmost road that bordered the coastline. North of it were simply the train yards and the water itself. On this road I saw remnants of The Storm as well as the simple quirks of a given city. Houses with boarded windows. The spray-painted Xs that indicate the results of a Guard search. On a fence, two wooden planks and some crudely hammered nails formed a cross. A pink plastic horse sat upon a pike erected on a street corner. I quietly marveled at this topographical status. But the distinctions of the terrain quickly fell from significance when I saw the dish.

It had its back to me. I saw first the metal latticework that held the large parabola in place. It was perhaps 15 feet across and sat atop a thick post of complicated hinges and steel hydraulic tubes. It sat in the midst of other dishes of various sizes on a seriously overgrown grass lot. I don’t really know why the site of it didn’t fade into the invisibility of the commonplace. But when I saw it, I was struck by how desperate it looked. The fog made it such that there were no stars, no moon and no sky above it. But it reached into that unknown. Like it hoped for contact with something it could not see or feel. Like an unknowing widow waiting for her husband to step off the last ship to come back from the war. Like the ghost of that soldier, wondering why his wife does not see him, but believing that she will if only he holds out his arms for a bit longer. I sighed, not know if it was possible for me to be as patient or as hopeful as a metal antennae listening to a closed sky.

All walks come to an end, and soon enough we were making our way back. Close to home, a figure emerged on the desolate street, leaned up against a house and quietly took a pull from a cigarette.

We mumbled a halfhearted greeting as we passed. His drunken voice came forth with a senseless question that communicated only the madness of deep inebriation. We kept walking and did not look back. But he spoke on and his tone became angry. After some moments we noticed that the volume of his voice was not fading as things do when they pass further into the distance. He was following us, taunting us as we walked. We sped our walking pace. Then his taunts became threats. Now she, like all of the women I know, does not need defending or saving. But I could feel a desire to protect as I prepared myself for violence. The preparation is more of an act of acceptance. Like the suspension of disbelief when walking into a movie theatre. I acknowledged the possibility of a change, that things were going to go differently than I would like them to in a rational and peaceful world. I sighed and thought, okay, I am as ready for this as I can be of anything that I do not want. Then, without interrupting my stroll, I picked up a large stick. I felt its weight and adjusted its position in my hand. A dead branch that could soon become a bludgeon. Seeing my preparation, his threats reached a crescendo. We walked faster. Somewhere between Desire and Piety- the streets, that is- my reluctance for conflict became a serious case of I wish this motherfucker would. Then the voice went silent. I looked behind and there was only the barely visible street. We were alone again.

Back at the crib we ate homemade vegan soy ice cream sandwiches.
at 7:22 PM 2 comments: 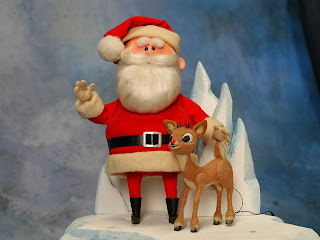 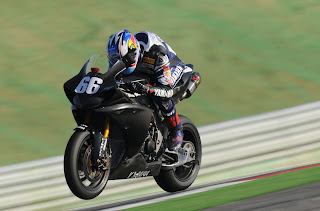 I was playing a video game one night. It is a motorcycle video game. My avatar looked much like myself, riding the same bike that I ride in the real world, though the track on which the digital rider was lapping is the pixelated reflection of a place I will most likely never visit. I ran the track and at the beginning of the second lap, a transparent image of myself joined me the moment i crossed the finish line. It was a "ghost," a recording of the previous lap, replayed alongside my current one. From this point on, I would race against the ghost of my fastest lap. And this I did for the first few laps of the session. A new ghost alongside for a new lap. And after a point, the same ghost, for I could not beat my time. I would run wide. Or crash. And I would recover only to see myself ride off into the next corner. I was leaving myself in the dust. I have heard it said that small events can lead to big break downs. What could be smaller than some polygons on a TV screen? But that rendered landscape is desolate and my room mates slept soundly. I was alone in front of the TV and alone on that track, apart from my ghost. Just the three of us. And it's not a ghost because it is transparent. It is a ghost because it is the past. I was in conflict with myself on an old leather couch, or on some racetrack in Japan, or nowhere and this depressed me to the core of styles. The virtual scolded my reality: I'm afraid my history will be better than me. These crashes and missed brake markers are just reifying my fear. Video games are supposed to be more fun than this.

Away from the video games, I brought up an image on my computer. There is a new rider on a new bike on my favorite team for next year. This was a photo of him testing the new machine. It is a shell of thing, without paint or even a powder coat on its frame. Just metal, carbon fiber and gasoline. Rawness. The rider's leathers look old and worn. He is so sure of his path, and is traveling down it so fast, he can barely look directly at it, much less keep the front wheel of the bike on the ground. Add just one more number to his plate and I would be sure that he was the Devil on a desperate escape from hell. I stared long into this picture, feeling its truth. A rider at the top of his game on a machine that will soon be at the top of its class. But I wanted in the first person what this image was in the third: the hard rocking of an exit. But it is impossible to be something without going through a process of becoming. I can’t be that anymore than the rider in the picture is himself. Those exits that I want to rock don’t really exist. And there I was, seduced by the lie of all pictures that steal moments from motion. These simple moto-related pleasures are getting more complicated, I thought.

But finally, something like reality, with my bike, my body and the streets that I guess belong to everyone. Far from a video game console and a computer screen. Only the “present instant of flight.” My shadow is cast behind, then around, then in front of me by each passing streetlight. Like I am the central axis in a clockwork of shadows. The pipes grumble. The engine buzzes and vibrates. The forks compress and rebound. The wind shakes my helmeted head. I am only here. The ride peels back worry. But the undercurrent comes back to claim me. There is music in the mental recess, faint strands of melody and lyric that grow so strong that sometimes I want to check my ears for wires. The jams play softly and the tug of their message pushes into the plane of my conscious action. I twist the throttle, for the first time perhaps, out of blind emotion. It lasts for only a moment but the action shocks me into calm. I let myself slow to an almost legal speed. After all, there is no speed I can reach that will rock an unreal exit, that will perfectly frame my escape. The night chill finally drifts through the leather into my bones and I shiver. I get back to the crib in need of heat. I wrap myself on blanket on a couch in the dark. My room mates sleep soundly. I look at the game console and remember that I saved my fastest lap on that track in Japan. I think that, yes, this is why it is said only of ghosts and pasts that they haunt. Then I grab a controller and hit the power button.
at 3:30 AM 1 comment:

Email ThisBlogThis!Share to TwitterShare to FacebookShare to Pinterest
Labels: Ghosts, Motorcycles
Newer Posts Older Posts Home
Subscribe to: Posts (Atom)
This is a blog of mostly moto-centric existential reflections. There is also some audio from my radio stylings, quoted passages from literature and rap music and perspectives on Africana thought. Ride with me.