A central theme in Okot p’Bitek’s African Religions in Western Scholarship is the imposition of Western categories and conceptual schemes on African life and thought. For instance, p’Bitek tells the story of the missionary efforts of Catholic priests on the Acholi people of Uganda in 1911. The priests asked the elders of the Acholi who it was that created them. Now, the Acholi language is called Luo and, on this account, it does not contain a word for create or creation. Nevertheless, the priests wanted an answer, and the question was eventually rendered “who is it that molded you?” The practical Acholi simply responded that this was a strange question, since human beings are born of their mothers. The priests were unsatisfied with this answer and pressed on. Apparently, an Acholi elder thought of what it must mean to be molded, and realized that one’s spine seems to be molded when he or she is afflicted with the ailment that we know as scoliosis. Now, the Acholi believed in forces known as the jogi. These forces or powers are seen to be the reasons for particular things that happen in Acholi life. It is a Jok (for this is the singular of jogi) called rubanga that is responsible for the affliction that we know as hunchback. The elder told the Catholics that it is rubanga who molds the Acholi people. The Priests, finally satisfied, went on to preach that “Rubanga was the Holy Father who created the Acholi.”[1]

Suppose someone told you this story and said, “But things are better now.” The content and tone of your follow up questions would reveal the angles of your status and the divisions between us would be set.

Prelude to Heritage and Sickness 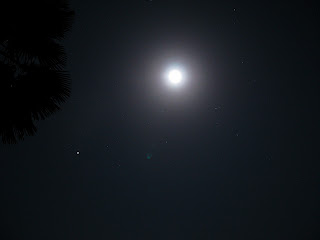 The most famous work of Ugandan literature is probably the late Okot p'Bitek's poem, The Song for Lawino. In this work, Lawino addresses her husband Ocol with regard to his unconditional love of European culture. She is not too happy about this affinity, which has caused him to convert to Christianity, learn vulgar european dances like the Waltz and take on a second wife who has a European name and affect. Fed up with his conduct, Lawino says to her husband:

Stop despismg us, my man, don't look down on us,
Africans have traditions that are good
Don't fool yourself that your ways are bad
African cultures are solid, not hollow,
Neither thin, nor weak, nor light.
But Ocol, although you have read up to university
You are big for nothing, you have no weight
You cannot guide us, addicted as you are
To copying foreign ways
As if your people have none of their own
We have lost trust in you.
Your loose tongue deserves silencing with a beating.
The cultures of other people I do not despise
Don't you look down upon your own
Occasional treats you can never depend upon
Don't uproot the cultures of your land.

Perhaps it was fitting in some poetic way that I first read this poem in p'Bitek's hometown of Gulu. But I kind of wish I hadn't read it before I fell ill.
at 12:29 PM 1 comment:

Going to Africa? Read this.

Because, really, there is enough ass writing and ignorance about Africa.

One. This will tell you how to write.

Two. This will introduce you to a way of thinking. It is not a quick read, so make an evening out of it.
at 11:59 AM No comments: 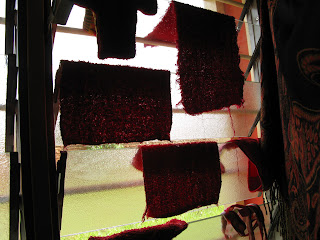 I knew that I would learn a great deal about women’s health on this trip. I mean, yo, I am a journalist covering the work of midwives. But despite knowing vaguely the style of which I was going to be a part, I have been really surprised by much of what I have learned. This information is worth sharing.

On several outings as a boyfriend or general homie to girls, I have been to the “feminine” aisle at drug stores and super markets to purchase tampons or pads. I have always been amazed at the breadth and specificity of the varieties of products, but general man-aversion-to-girlie-things has seriously limited any passing interest. I mean, I don't know how double dutch works either. But now the midwives have hipped me to the game. (The tampon game. Double dutch is still a mystery.)

“Feminine products” present two problems. The first is the issue of their construction. The vast majority of tampons available for purchase are bright white, crispy white tee white. They can only be such a color as a result of being bleached with chlorine. But there is trouble. The residue left from this bleaching process still contains chlorine. Chlorine, when heated against the body releases dioxin gas, which is toxic. This gas absorbs into the body and ironically produces just those things that a menstruating cat wants less of; heavier flow and cramping. “Studies now show that exposure to dioxin gas leads to increased risk of cervical cancer and infertility,” says Rachel “Imagine that you spend one week out of every month placing this gas directly into the vaginal walls which have very absorbent mucous membranes, and you can see the issue. Tampon companies have tried to cover these statistics up for years. Heavier flow means heavier consumption of the product- so it’s no big surprise that the only counter studies to the fact that dioxin gas is extremely harmful to women’s reproductive health have been funded by the tampon companies themselves.” This problem is true for pads pretty much and tampons full throttle. The answer to this problem, then is to use unbleached products ("you can buy unbleached or chlorine free tampons at any health food store and with growing popularity at many drug stores"), which are a bit more expensive. I am assured however, that they are worth it. Pretty much all of my knowledge is second hand on this matter.

The next issue arises in terms of the cost of this style. In Uganda, for instance, the average income of a woman is massively low, so much so that many women are put in a position of having to choose between food and western menstrual products. It is a bad situation, but it underlines the basic truth that pads and such take income away from women. Along this line, the disposability of these products and the kind of sanitized way that they are advertised seem to perpetuate the highly suspect notion that menstruation is something dirty. (At least that is how it looks from Chaz’s-man-land.) Perhaps it is this sense of uncleanness that prevents women from considering reusable pads. The midwives began a venture with the child mothers of st. Monicas school for girls called the moon project. Since pads are so expensive to order for 300 girls, and since their disposal clogs the plumbing at the school (Rachel says: “most trash is burned as a means of disposal, but due to the belief that burning menstrual blood makes one infertile, most women won’t burn their pads, thereby creating a large sanitary issue in a country that has no landfills.”), Olivia proposed a solution that consisted of cloth pads of her own design. The girls of the school, who are all studying to be tailors, sewed their own pads out of gangster african fabric and terry-cloth. The pads are slim and sleek and button underneath the underwear to form ‘wings’. They also gathered “moon-buckets,” which can contain the water that the pads will soak and be washed in during moon time. These pads last for two years. The girls of the school will also sell the moon pads to women in northern Uganda. Such a move creates work for the girls and presents any moon project patron with stupid savings on pads. Like two months worth of income. Seriously. But while women tend to hold more scrill points in the states, I do wonder why I never see commercials for reusable pads, or why I have only heard just now about The Keeper, a reusable tampon-ish cup that rests against the cervix during menstruation.

Yeah, so it seems to me that the tampon game has question marks all over it. Though not nearly as many as the phenomenon of birth in western obstetrics. I will have audio on this issue produced soon, but if you hit up a bookshop check out Birth as an American Right of Passage, by Robbie Davis Floyd. Also Misconceptions by Naomi Wolfe. Also Women’s Bodies, Women’s Wisdom, by Christine Northrop.

Yeah. So the next time you ask me to hit the shop and get you tampons, I might come back with the unbleached style. Don’t be mad at me.
at 12:02 AM 5 comments:

Email ThisBlogThis!Share to TwitterShare to FacebookShare to Pinterest
Labels: Travel
Newer Posts Older Posts Home
Subscribe to: Posts (Atom)
This is a blog of mostly moto-centric existential reflections. There is also some audio from my radio stylings, quoted passages from literature and rap music and perspectives on Africana thought. Ride with me.