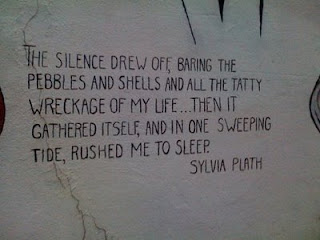 Today an extravagant spectacle has seized my city. People have come from across the nation to behold a battle between rivals in a stadium. The landscape is consumed with Red and White, Black and Yellow. But I care not.

The super-structural enforcement body, a.k.a, the muthafuckin’ jacket, have directed their attentions to the game and its periphery. Which means the roads that I ride, far and away from the Raymond James ground zero, will be free of their infernal presence. So I went riding.

These days there is always a nagging apprehension that follows me to the road. Several of my projects remain frustratingly incomplete. There are ideas within me at such a stage of infancy that Socrates himself might be an insufficient midwife to coax their birth. There are close friends whose echoes I have not recently heard. And I ride now in the shadow of a neighbor and friend who met his unfortunate end on two wheels just a few days ago. I can imagine a better beginning to the lunar new year.

So, when I put my jacket on this morning, a flash of anger danced across my chest. One layer of cowhide over bare skin. Or Cold distant demeanor masking the emotional core. Or a condom over aroused flesh. Or a large financial shield against poverty. The great secret is that, at the end of days, none of this will save you from the global scrape that recognizes no protections and no precautions. Fuck, I thought. Then: fuck it. I got gas and put foot to trail. The first red light of my day de-centered my pessimism.

Behind me a car honked. I looked back and met eyes with a woman who seemed to be rocking the usual moto flirt. Hey boy, give me a ride. Let's Ride, I motioned, for this is the stock response, beyond which things go no further. Yeah. She stepped out of her car, which she was driving, and jumped on my back seat. Her shotgun ran around and took the wheel of her car. We are headed to the mall, she said as the light turned green.

The disbelieving smirk did not leave my face until I parked safely in the mall parking lot. She told me she loved bikes and the color blue. I told her I loved when my passengers wore helmets and gear, but the madness of her maneuvers put me off my style. She and her homies headed to the mall. I returned to my path, remembering those eternal lines from Wyclef’s The Carnival.

A few miles later I rolled up on the Black Yamaha. Days ago he was run off the road by a truck that carelessly drifted into his lane around a slow and tight turn. The hint of rash on his bike is slight, for he fell in the forgiving foliage off the road. On our first few turns, I can see that his confidence has not been affected. This is what a rider is. I had better get to it.

When the world moves by so quickly, one cannot take stock of the past and its punishments. Velocity sharpens and intensifies every bump. It holds traction hostage against the smallest imperfection on a gravel-laden surface. I asked the corners to come faster. I got on the brakes harder. I leaned more. Life was miles away. But it ran alongside me like my man in Black. Like my man in grave. Like a fledgling thought. And I flew from it.

At the end of the ride, we came across a Black Ninja. He was heavily modified and though he was perched chillfully at the meeting spot, it was clear that, today at least, he was the fastest man on the streets. He told us that he used to club race until he broke his neck. I heard the secret again, a dark reverberation pressing against the conjoined tuning forks labeling my heart. I checked the time and saw that it was just a couple hours until the spectacle deep within the city reached its kickoff. We bid farewell and rocked exit. We had to find station and hold it so that we would not be victims of the drunken revel that would soon spill out onto the world. But it’s cool. There are good books at the Batcave. There is also an Xbox.
at 11:30 PM 1 comment: