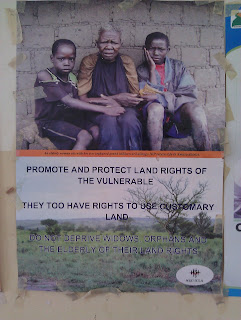 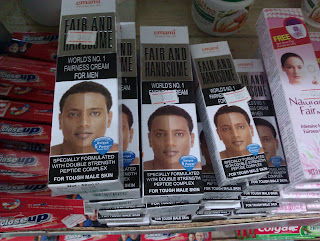 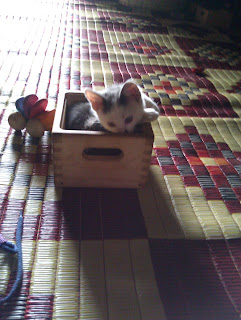 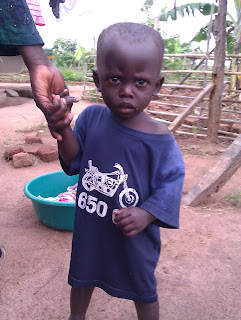 Experiences and Reflections in Northern Uganda 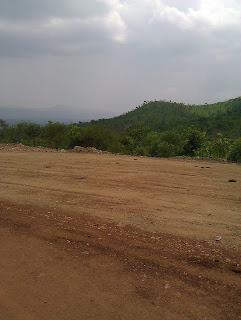 Atiak is hard living. No electricity. No plumbing. If you can't afford food, you grow it. If the drought comes, you starve. But what it lacks in bourgeois comforts, it more than makes up for in uneventfulness.

Yeah, the movement of life is slow. Maybe the football team of the next town will roll up and everyone will have a game. Maybe the discotech will get enough solar power to put some sound in its speakers for a night. More commonly, cats chill around a fire, beat a drum, sing the old songs. I just stare at the stars or read comics on the computer.


∞
The road from Atiak to Sudan is much smoother than the mess that lies between Atiak and Gulu. It is a mercy on the car and its occupants. Makes me wonder what happened with the bus crash that killed a hundred people on this stretch a week back.

We had a priest and a well-known foreman with us on the trip, so getting across the border was a butter-smooth process. After a point, the orange dirt of Uganda just stops and what replaces it is a more faded and dusty style, the sand of the desert, perhaps. Then we hit Nimule, the southernmost town in Sudan. It lies on the bank of the Nile, by a large national park and a panorama of hills that fades into mountainous distance. In the town center we hit the market in search of fish. It was a slow market day, but we found some scaly goodness and a few veggies.

The baby walked alongside and a woman strongly admonished us to carry her. We told Olivia about this back at the site. She said that cats are worried about witch doctors kidnapping light-skinned and albino children. I check the paper and find that, at least in the south, there are in fact kidnapping rings in which albinos are abducted and shipped to Tanzania, where they are killed for the sake of certain ritual styles. And all the witch doctors I have met here seemed so nice.


∞
On a sunny afternoon I gather up some babies and put them in the land cruiser. So long as you crack the windows, it is basically a big playpen. Amaya pretended to drive while Stuart played with blocks in the backseat. I was riding shotgun with the little one when two of the construction workers ran by, laughing. They were chasing a chicken.

The people had felt my suggestion that perhaps we should put some meat into the snacks. After finally nabbing the fowl, they called me over to do the honors. On occasion I am struck by how much of my life is described by old wu-tang lyrics. Much like the GZA, I am totally the "child educator plus head amputator."


∞
I rolled into Atiak town one day to drop off a Traditional Birth Attendant and find a particular church congregation. Instead, I got catholics.

Before hitting the town center I had to pull over for a procession. A multitude of children walked down the road. One in front held a cross almost twice his height. Further down, the parish priest, a man that I regard as a moron, walked holding some icon of catholicism that I did not recognize. He was transfixed. If this were some pagan religion, I would say he was possessed. They marched on.

Later in the church, the priest gave a sermon about God's power to answer prayers. I never understand how such a message makes any sense in places like this. Surely people must pray for rain. I look at the congregation. It is almost entirely women and children, and mostly children. Get 'em young.


∞
I went with Obong the foreman into town one day to get a part made from a piece of sheet metal. As the metal worker deftly constructed a meaningful object using nothing but a hammer, we chilled in the concrete home of one of Obong's relatives.

Upon the walls of the place were educational posters for children and a few other interesting styles. There was a poster of the individual members of some European football team. Each players profile pic was also accompanied by pics of their homes and the cars they drove. I wondered about the origin and meaning of such a poster in the place such as this; what kind of world did it aid in constructing?

Also upon the wall was a list of African leaders as of 2010. It pictured every president and prime minister of Africa, but the center of the poster was reserved for Barack Obama, the Luo leader of the free world. Haha.


∞
On a rare day of cell tower internet access, I cruised the net and find an old pic of an Acholi family. It was from the late 1800s and depicted hair styling and adornments that I had not ever seen here.

I showed it to a group of women who were sitting, waiting for a young girl to give birth. Most of these women were TBAs and they were old. All of them thought the pic was of the Massai. When I told them it was of the Acholi, there were like, oh, oh shit. Then one of them said it must be the Acholi from across the way, on the other side of Acholiland in Kitgum. I asked them why it is that they don’t dress like that anymore. As if they were a chorus, they all screamed "Muno!" This means "white people."

I asked them if they thought it was good that they dressed like white people now. They said yes; in those days there was no salt for food and no blankets. The whites brought all of that and this is good. Also, in those days people did not feel cold. But people feel cold now so they must cover up.

I said that where I am from, some black people are suspicious of white people and believe that many of them have brought things that have been very bad. They said no; White people are good. Look at this maternity clinic that is sprouting up. They bring us good things. The words were siphoned to me from a translator, but the body language of the women speaking seemed quite final, as though what they were saying was categorically the case.

I took the pic to a hair salon in the town center. I showed it to some ladies and the initial response was much the same as with the TBAs. They did not recognize the people to be Acholi. When I told them that, yo, these are Acholi people, the stylist remarked that those people are naked, and that "we are modern people now." I told her that I was in search of someone who knew about the Acholi. She told me that I should go find someone who is old, since she and other younger people did not know about the Acholi.


∞
The elder I found told me a great deal about old Acholi styles and referred (without me even mentioning the salon conversation) to the problem of young people. They all want to live modern life, he said, so they turn away from the old ways. They even will not believe the stories that they hear about how people used to live. His comments got me to thinking about the nature of modernity. The scholars say that it is a "melting of the solids," a movement in which the laws and customs that used to bind people together and to ways of doing things fall away and leave much less rigid alternatives.

But for some, modernity doesnt not evolve. It comes crashing down from above in such a way that people to not observe a transition, but a rupture. So that even people who live a form of life in which they feel the authority of chiefs and elders nevertheless regard themselves as modern and look with amused pity at their naked ancestry.

Of course, the march of war helps none of this. Though the practices of warfare are modern, war itself is something from a much older world, where meaning is destroyed and worlds are unmade. That would be the story of the Acholi if I wrote it. Mercifully, I am not the elder of this town.


∞
At lunch with a nun, I ask about a story that I heard from the Acholi elder, about how the Acholi had a split and the new faction travelled to the other side of the Nile and became the Alur. The story, one of brothers in quarrel, does not flatter either tribe. Yet the tale was not told to me in a way that suggested it was an etiology used to condemn the other side. (Like the story of the transgression of the son of Noah that led to the condemnation of Canaan. Or America's origin story, for that matter.) The nun, who was herself an Alur, told me that the story was indeed told the same way by each tribe. She said that her mother used to tell her the story and stress the morale; don't fight with your family, lest you be divided.

Religion is like prison
keep the people locked up in different divisions
some of them promise you heaven
but I see a whole lot of bullshit ism-scism
imperialism
in the form of spirituality
slave mentality, escape reality
what we supposed to just suffer and smile
and be content
sending' our prayers to the clouds?
i want my heaven now
freedom on earth
and if the preacher ain't with us then we takin' his church
what is it worth to have the biggest religion
when the people got miserable living conditions?
no water, no lights, no rights
all over africa we fight
but we have to unite
'cause ain't no power in the gospel
when the priest puttin' powder in his nostril
and the elder's council fails to lead
and the children suffer from daily need
and the people can barely eat
is it a sin to stand up
to fight against the ones that put is in handcuffs?
goddamn
what happened to the daily bread,
spread love
ain't that what the bible said,
but in the name of the bible
how much love was spread
compared to how much blood was shed?
--M1 of Dead Prez, on "Shuffering and Shmiling"
at 4:46 PM No comments: