Kony 2012 and Other Problems with Humanitarian Aid. 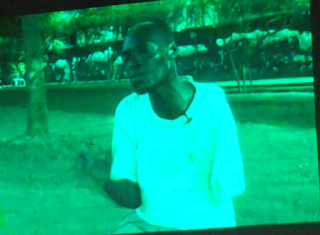 Here is an address I gave at Roosevelt 2.0 in Ybor City for the Tampa Free Skool. I spoke on the problems that occur when Westerners undertake humanitarian action in sub-Saharan Africa. My principle focus was Invisible Children and their latest campaign to stop Joseph Kony.

So, the Kony 2012 Campaign is taking some heat. Got me to thinking about these paragraphs I wrote a while back:

Already I can hear a self righteous voice on Facebook piping up in defense:

“At least they’re trying to help!”

This refrain is as familiar as it is ridiculous. I suppose that implicit in this locution is the moral condemnation of a populace that is very often not moved to caring action. In this manner, it is often uttered as a self reprimand that deifies the seemingly awesome actions of others as it defends against critical attacks upon them. Thing is, these critical attacks, properly applied, are also a way of helping. People who want to “help” need to know above all how easily they can fuck things up. In addition, it may in fact be the case that those ethereal aid workers you love so much aren’t helping at all and it is just your ‘they can do no wrong’ defense that keeps the planet blind to the style. The bottom line here is that we should be critical of everything. Of efforts to help, of our own need to defend, of our own motivations, everything. If we are going to criticize senate bills that claim to help Americans, then we should criticize the fuck out of Westerners who want to roll up into foreign lands bearing gifts. We should criticize the fuck out of natives in foreign lands who welcome this help with uncritically open arms. And they should listen intently.

And please give up this notion that you are good on your helping mission because your guide or fellow missionary is one of the natives. This beef I am describing is not about race or ethnicity; it is about ideology. When a woman told me one day that her ex-boyfriend (who was darker than me!) didn’t have a major problem with cats flying the Confederate battle flag, it struck me that she thought his claim had equal or greater weight than my own stance for no other reason than his also being black. Yeah. It doesn’t work like that. Anybody can hold a damaging or ignorant interpretation. Anybody can fail to establish context or locate their place in the grand scheme. And above all, anybody can be made to sell out. Remember what Kunta Kinte said…

So yeah. Don’t roll up in Africa with no knowledge of colonialism. Don’t think that the fact that all of these African natives have European or straight up American names is cool. Because that shit is problematic.

Don’t act like the genocide in Rwanda was in no way exacerbated by colonial and missionary power moves that arbitrarily divided ethnic groups according to property ownership. Because that would be a misattribution of historical causes.

Don’t neglect the mountain of anthropological literature on the problems of representation and cultural contact in favor of a late night infomercial about naked starving kids. Because that would be letting your suspect emotional response win out over your rationality.

You, like everybody else in the world, are attached to a historical style that conditions your actions even when you are ignorant of it. Come the fuck on. Google that shit.

Don’t "raise awareness" without raising history and its problems. That sediment is deep and it is covered over by good intentions and the dirty, fly-covered faces of children.
at 3:39 AM No comments:

How to Be a Humanitarian. 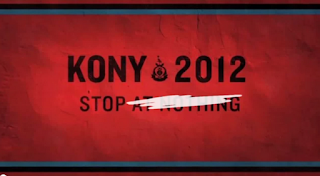 So you want to do good in the world?

Okay. First, you should acknowledge for yourself what you think is an okay cost. Do you want to do good so long as you don’t put yourself in harm’s way, or so long as you don’t have to suffer a change in your lifestyle as you know it? Do you want to do good that might require of people that they radically live their lives differently? A lot of people are ethicists, yet only one of them is Peter Singer. This is a mild point, but an important one. If the limit of you activism is a blog entry or a repost, you are not an activist. You are a trend follower. Which is fine, just don't try to debate me at the tea lounge. I will own you.

But whatever, you want to do good. The first thing you need to figure out is what doing good means. And you can’t do that by watching a video or looking at a wikipedia article or hearing a really inspirational talk. (I honestly can't believe I have to explain this shit.) Limited sources of information, when taken as authoritative, lead to uninformed and destructive action. The past is full of "well meaning" but ignorant people who thought they were doing good but who turned out to be some of history’s greatest assholes. Like every missionary ever or David Livingstone. Who. Was. A. Fucking. Dick.

Figuring out how to do good will involve checking your motivation. The tricks of writing and performance that get you to cry at the end of a rom-com are the same tricks that get you to donate money to a charity you see on television. These are tactics that have been used by writers and propagandists for fucking ever to get us to feel certain ways and then act on our feelings. Sometimes it’s for entertainment and sometimes it’s to purge the state of our enemies. If you act from feelings you are not acting reflectively and if you are not acting reflectively, guess what? You’re an asshole.

So you have to do research. I can promise you that if you were to read the 10 best selling books on amazon that criticize humanitarian aid work, you wouldn’t be swept up in Bono’s or Invisible Children’s call to action ever again. You wouldn’t think you were awesome because you bought some shit sponsored by Project (RED). If right now, you can’t imagine what a valid criticism of these campaigns would be, then you are the asshole that I’m talking about. Get your weight up and read some books.

More needs to be said about checking your motivation. If you have a  specific project, like wanting to stop some great evil, you really should forget about that shit. Not because people can’t make a difference (the assholes of the world have shown otherwise time and time again), but because that kind of desire negatively affects the mission that accomplishes the change. Let me explain:

We are prone enough as it is to seeing the world in dichotomies. Good and Evil, Black and White. The reality, of course, is that the world is terribly complicated. But our desire to get something done, to really make a difference, is itself what simplifies our view of the world. We say things like “why can’t the UN agree on anything?” and “Why can’t Congress just fix the damn problem already?” as if there are a crew of luddites drooling their day away at the capitol building. There are forces that we can barely understand at work. Forces that even people who have been in the game for a long time can’t get a grip on. But we are blind to this complication partly because we have a simplified worldview that itself is tied to our desire to change something.

Simple things make sense. “Stop Kony.” What makes less sense is “Change the economic and governmental system of an entire country or region such that health and human services are available to everyone.” In one case, the goal seems easy; It can fit on a t-shirt. But the other one is a bit bigger and no one really knows how it is going to work. In fact, it is most likely that any attempt to help with this big project will be all fucked up and its results will never be satisfying and it might not be your goddamn business to interfere in the first place. But here is the thing: it is probably what you should be doing with your activism time.

And this, I think, is one of the keys to being a proper activist. If you can commit to the idea that the world is a hopeless mess in which nothing will ever really change and no one can really be saved, and then still go forward to try to help people, you *might* be on a better path. Because then you *might* be a bit more clear as to the forces at work, as opposed to envisioning some poor brown people as the vehicles you will use to realize your self conception as a "good person."

Until you get knowledge and give up hope, you will be just another white person with a racist savior complex who acts like entire continents need your help to be okay. In which case, seriously, fuck you.

Slavoj Zizek once made the claim that sometimes the best course is to not act, to simply reflect. I know you don't get this. People will suffer because of your lack of understanding.
at 11:52 PM 7 comments: 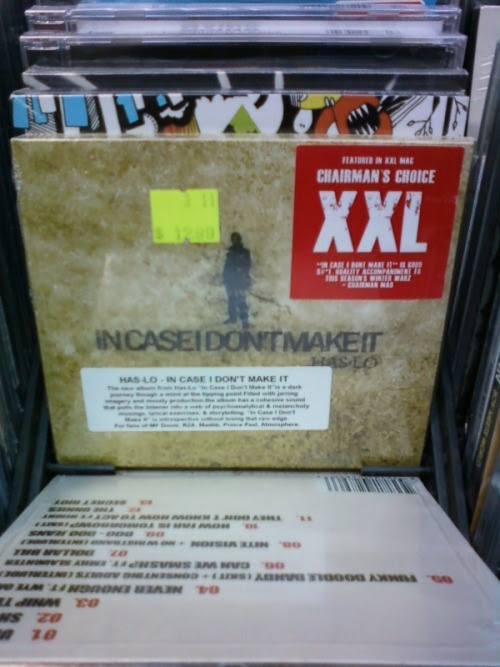 So much weight in the hands of fate
In the hands of time
as it passes by
And I have less to say
and I’m past my prime
And you listen when I spit
but you can’t relate
‘cause I’m a relic
Better I should leave you with this
And you see me as I am
than a reason to quit
This is me
The kid with the sick granny
Who dreamed I could sit pretty
and I could lift Grammys
And I was better off rich
and now I’m older
with issues the money can’t fix
how naïve that I could be
I exist in the guise of a life complete
I compete to win though I lose myself
In a penthouse room, with a view from hell
Wow
take a look…