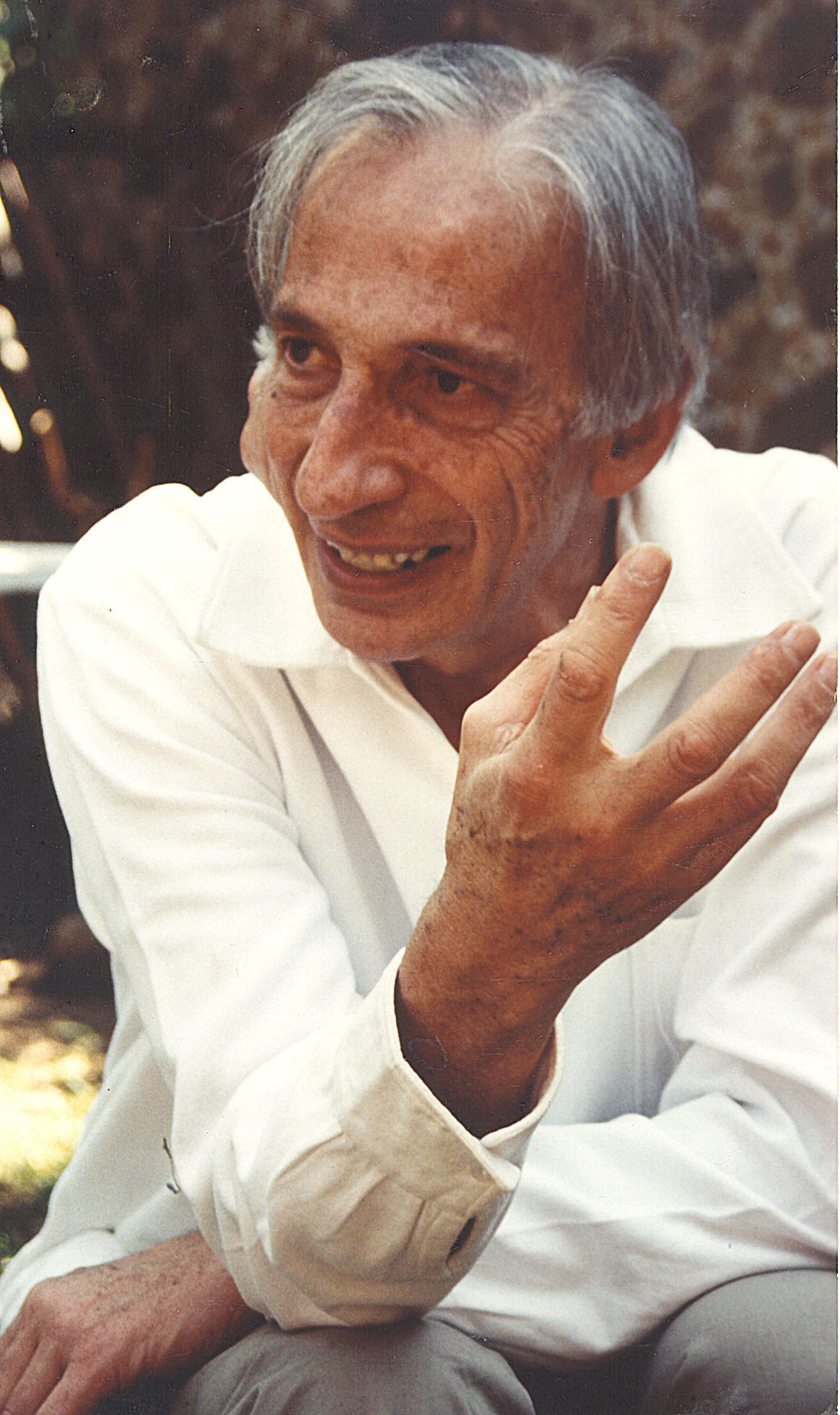 "I did not come here to argue. I am here to tell you, if possible to convince you, and hopefully, to stop you, from pretentiously imposing yourselves on Mexicans.

I do have deep faith in the enormous good will of the U.S. volunteer. However, his good faith can usually be explained only by an abysmal lack of intuitive delicacy. By definition, you cannot help being ultimately vacationing salesmen for the middle-class "American Way of Life," since that is really the only life you know. A group like this could not have developed unless a mood in the United States had supported it - the belief that any true American must share God's blessings with his poorer fellow men. The idea that every American has something to give, and at all times may, can and should give it, explains why it occurred to students that they could help Mexican peasants "develop" by spending a few months in their villages.

Of course, this surprising conviction was supported by members of a missionary order, who would have no reason to exist unless they had the same conviction - except a much stronger one. It is now high time to cure yourselves of this. You, like the values you carry, are the products of an American society of achievers and consumers, with its two-party system, its universal schooling, and its family-car affluence. You are ultimately-consciously or unconsciously - "salesmen" for a delusive ballet in the ideas of democracy, equal opportunity and free enterprise among people who haven't the possibility of profiting from these.

Next to money and guns, the third largest North American export is the U.S. idealist, who turns up in every theater of the world: the teacher, the volunteer, the missionary, the community organizer, the economic developer, and the vacationing do-gooders. Ideally, these people define their role as service. Actually, they frequently wind up alleviating the damage done by money and weapons, or "seducing" the "underdeveloped" to the benefits of the world of affluence and achievement. Perhaps this is the moment to instead bring home to the people of the U.S. the knowledge that the way of life they have chosen simply is not alive enough to be shared.

All you will do in a Mexican village is create disorder. At best, you can try to convince Mexican girls that they should marry a young man who is self-made, rich, a consumer, and as disrespectful of tradition as one of you. At worst, in your "community development" spirit you might create just enough problems to get someone shot after your vacation ends_ and you rush back to your middleclass neighborhoods where your friends make jokes about "spits" and "wetbacks."

You start on your task without any training. Even the Peace Corps spends around $10,000 on each corps member to help him adapt to his new environment and to guard him against culture shock. How odd that nobody ever thought about spending money to educate poor Mexicans in order to prevent them from the culture shock of meeting you?

In fact, you cannot even meet the majority which you pretend to serve in Latin America - even if you could speak their language, which most of you cannot. You can only dialogue with those like you - Latin American imitations of the North American middle class. There is no way for you to really meet with the underprivileged, since there is no common ground whatsoever for you to meet on.

If you have any sense of responsibility at all, stay with your riots here at home. Work for the coming elections: You will know what you are doing, why you are doing it, and how to communicate with those to whom you speak. And you will know when you fail. If you insist on working with the poor, if this is your vocation, then at least work among the poor who can tell you to go to hell. It is incredibly unfair for you to impose yourselves on a village where you are so linguistically deaf and dumb that you don't even understand what you are doing, or what people think of you. And it is profoundly damaging to yourselves when you define something that you want to do as "good," a "sacrifice" and "help."


I am here to suggest that you voluntarily renounce exercising the power which being an American gives you. I am here to entreat you to freely, consciously and humbly give up the legal right you have to impose your benevolence on . I am here to challenge you to recognize your inability, your powerlessness and your incapacity to do the "good" which you intended to do." 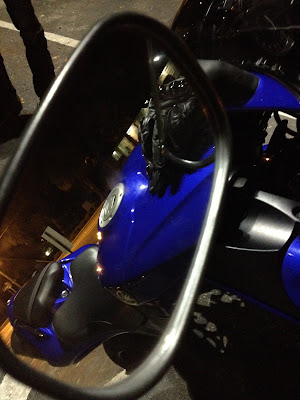 Orpheus has to put foot to trail on his exit from the underworld. He has been granted his lover if only he passes the trial. To not look back as he walks back to the world of the living. But he hears her voice. Eurydice. How sweet it must have sounded. The exhilaration seizes his heart. He looks back and she is banished to the darkness. The man who made the devil cry has still not the power to withhold his gaze.

Out on the streets I twist throttle as I leave the ramp and hit the highway. It is night. There used to be lights on this stretch but construction or outage has left the work to my headlights. I turn on the brights and go for the ton thinking, this used to be all that there was. The dial reads 150 before I apply brakes and veer to the next exit.

It can be unbearably lonely on a ride.  As if Babel has fallen and I am the only man with this language. Or me and the bike, maybe. The Atlas. It needs work. According to the First Principle, we both do. But repairs are a long way out.

In my jacket, my phone is silent. Still, I put my hand over my pocket hoping for a vibration, that someone has reached out. I think of going to visit friends but the hour is ungodly. They sleep. Were it not for the ride, I too would be motionless in the dark.

Was it even her voice? Or some terrible spell cast by the forces of the underworld? Did she witness the trick played on her beloved as he walked on? Don’t look back. This is the thing he wanted most in the world. In two worlds. How could he have succeeded?

The Empty light. Awash in that sickening halogen. I watch as tiny drops of gas ping off the smudged luster of my tank. A man looks on as I leave the station. The reset trip meter reads zero. Nothing.

In a ride of great anger, one cannot look back. Fellow racers are given by the sound of their engines. There is just too much in the road ahead for one to review the journey so far. It is mostly mistakes back there anyway.

As I start from a light I am forced to recognize the age of my machine. Scratches and rust and uneven power bands. I too am not without scars. Three stitches short of a sausage creature. But alive. Even when I can’t quite find the pulse.

For some, the ride is liberation or freedom or some such garbage. For those who think clearly it is enjoyment or escape. The kind of enjoyment that reveals the horrible boredom of the snail speed of living. The kind of escape that allows one to endure that boredom. The bike reveals the truth of the world and provides the opiate needed to endure it. If it brings me to my knees, it’s a bad religion. The night air is warm. I can barely feel it under my gear.

I don’t know what this story meant to the Greeks. But if it now belongs to us, it is a caution against desperation. I want you more than anything. But if I desire you beyond my limit, if I reach for you too soon, I will lose you. You will turn from me or something will take you away. One never learns how to strike this balance.

There were nights when I would ride until dawn. I have since come to despise the sunrise.
at 5:27 AM No comments:

Email ThisBlogThis!Share to TwitterShare to FacebookShare to Pinterest
Labels: Motorcycles, Reflections
Newer Posts Older Posts Home
Subscribe to: Posts (Atom)
This is a blog of mostly moto-centric existential reflections. There is also some audio from my radio stylings, quoted passages from literature and rap music and perspectives on Africana thought. Ride with me.