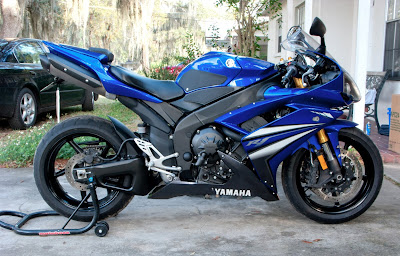 Recently I took a trip of nearly 900 miles, from Tampa FL to Charlottesville VA, over two days. The first day was relatively mild and clear. The second day was cold, rainy and miserable. I wore the same gear throughout and thought it would be good if I gave a review.

Here is the rundown by item.

This was the only top I wore and I wore it the entire trip. It kept moisture off my skin, allowed me to cool off when it was hot and helped keep me warm when it was cold. Also, it doesn’t smell, which is pretty cool if bathing isn’t your thing and you want to rock a 1700s linen shirt style.

These worked surprisingly well at keeping my feet warm for most of my trip. Until the rains came.

Wore these on the second day when it got chilly. This plus the Gear pants was all I needed to get through. 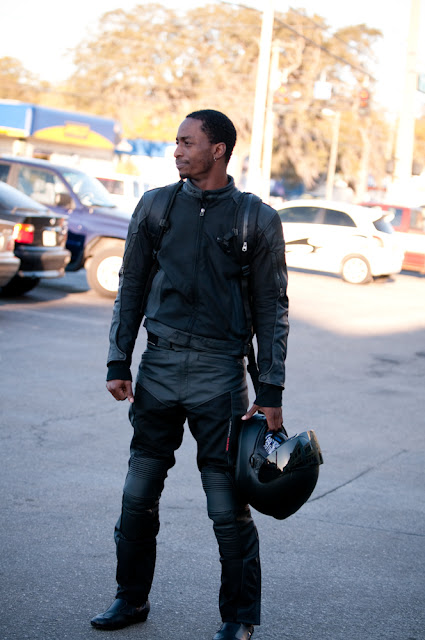 This suit is billed for use in all seasons. It is leather and mesh, with liners. The pants have a rain liner that zips in on the inside. The jacket has a rain liner and a thermal vest. The rain liner never worked very well for me. It was too short and did not adequately cover my midsection. On the return from long rides in the rain, I would inevitably be soaked from the belly button on down. So I don’t much use the rain liner, unless I want to stay warm.

When I took off from Tampa, I wore the jacket and pants with none of the liners. The mesh in this gear is woven tighter than most other mesh options, so it doesn’t flow as much air; but it still flows plenty. Plus there are vents in the jacket sleeves. I rode for a couple hundred miles with only one sleeve vent open to test the difference; I found that the open sleeve gets quite a bit cooler.

Unlike the jacket liner, the pants liner is properly waterproof. The pants also have knee pads beneath pretty thick leather, which does a great job of keeping the cold wind from freezing your legs. In temps down to 32 degrees, this was all good.

This is essentially the liner that I got to make up for the deficiency of the liner in the ignition jacket. The fluid jacket is not bulky like some moto rain gear. It packs quite small, which was good, given that the R1 was not rocking too much storage. The jacket is superior to an internal liner in that it is easier to put on and take off, since it doesn’t require taking off the Ignition jacket itself, and it does a better job in blocking the wind. This became a big deal as night fell and I found myself in freezing temps.

Without this piece of kit, and the gloves, this trip would not have been possible. Because of this jacket, I rode in uniform warmth through weather that would have had me shivering and wrecked on the side of the road. If you want to ride in the cold and are maaaaad soft in the face of cold weather like me, this is a jacket that you need to get. Even the collar is heated, yo. The collar.

On the first night of riding, I stopped at a rest stop and put on the liner. I plugged it in and felt the heat immediately. After a bit, it was fully and fairly uniformly heated, to the point where I was quite hot sitting still. I took off and learned that, in the wind, a lot of that heat is carried off because of the mesh construction of the ignition jacket. This turned out to be perfect given the temp outside.

On the Second night of riding, which was the tenth circle of hell (which, in Dante’s Inferno, is actually really cold), I put on the MX Fluid jacket and found that, oh hells yes, the Fluid jacket helped retain all the heat generated by the Gerbing liner. It was great.

This is not to say that the liner kept me comfortable and toasty like I was in a car. To be accurate, what it did, especially when the temp was ICE COLD and it was raining, was allow me to feel like I was merely riding in 55 degree weather. It couldn’t have made me hotter than this anyway without burning my skin. And remember, I freeze easily. The simple fact is that you can’t beat this jacket. 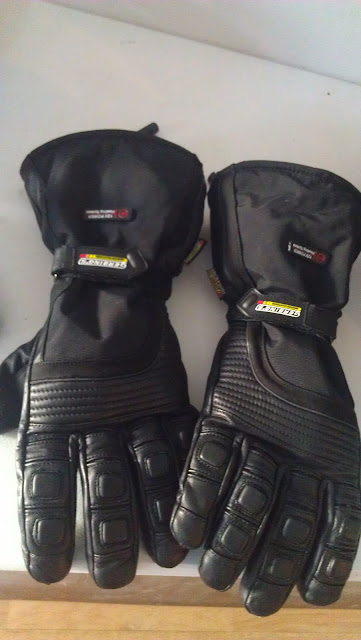 Okay. My man the Black Yamaha once told me that, while everything else is whatever, you cannot ride in cold weather without heated gloves. I immediately discounted the “whatever” part because the Black Yamaha is from Maine and I once saw him walk out into the bitter cold in a T-shirt, but he is right about the gloves.

Gerbing gear is such that the gloves plug into the jacket liner, which in turn plugs into the battery connector. It cuts down on wires and for that I am thankful. The gloves did not seem to get as hot as the jacket, but on further reflection, I think that the difference in warmth is down to the way that my bike directs wind. On these big cruisers and touring bikes, the wind is directed away from the hands of the rider. Not so on the crotch rocket. The heated gloves kept my hands just on this side of too cold, which is fantastic if you consider that they were also completely wet on the outside from icy death rain. Being waterproof was also a serious highlight of these gloves. 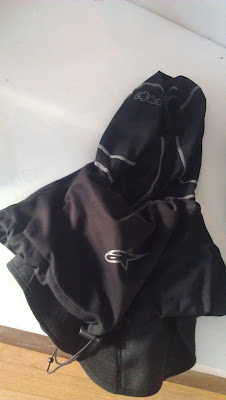 My face would have frozen and fallen off without this. When things got real serious, I wrapped a fleece scarf around my neck. But this thing really made everything okay.

This helmet is nice and all. It is properly aerodynamic so it doesn’t cause neck fatigue. It has a nice wide field of vision. It is pretty light and I can wear it for hour upon hour without feeling the nag of pressure points. But I will be damned if this helmet doesn’t suck at de-fogging the visor.

There is a vent on the front of this helmet that flows a crapload of air directly onto the inside of the visor, along with my face. When the air outside is cold, it does a wack job of clearing the fog; it will basically clear one little tiny area that I can only see through with one eye. This happens the same way on both my clear and dark visors. I don’t get it. My RF-1000 never had this problem. At one point in the ride, I had to just slow to a crawl because I had so little information through sight because of the fog in my visor. It was as close as I think you can get to flying a plane at night with instruments only.

I see now that not having an anti fog coating is a major flaw and I have already ordered some Cat Crap anti fog stuff from eBay. 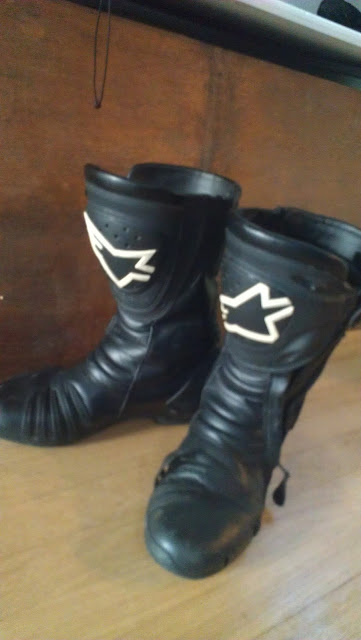 Alpinestars SMX Plus Boots A.K.A. The Muthafuckin Boots.

These boots did their thing just fine until the rains came. Since they are not waterproof, they eventually began to leak. This was some wackness. By the time I got off the bike in Virginia, I felt like I was walking on stumps. I love these boots but I see now that it is worth it to have fully waterproof boots. 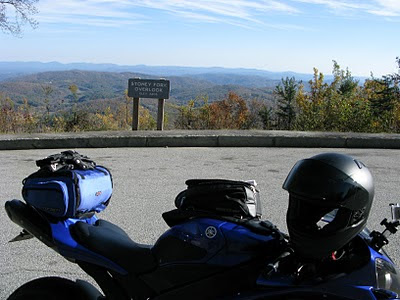 Both of these things did what I needed them to do, but let me underscore something: They are not water proof. They come with these covers that go over them, but the covers are not waterproof. A plastic bag would have done a better job that those covers. I was not thinking so I neglected to put plastic bags on the inside of the luggage, and as such, everything got wet. It ended up being okay, but a little bit more time in the rain and I may very well have needed to get a new computer. This was my own damn fault, but riding has a way of making your forget little things like that. Makes me think that it is always better to get the right gear at the outset so that you don’t have to think about these things out on the road. For this reason I am starting to think more seriously about Kriega gear.

All in all, this ride went pretty well. If I had waterproof boots and luggage, and a fog free visor, I probably could have gone another 500 miles in the cold and rain without much trouble. The trip has revealed to me that, as I currently have it set up, my moto suit is pretty much perfect and I do not need to go replacing it any time soon. Once I get waterproof boots and proper waterproof luggage, I will be an all weather gangster.
at 11:45 PM No comments: