The Dope Edge of Exit. 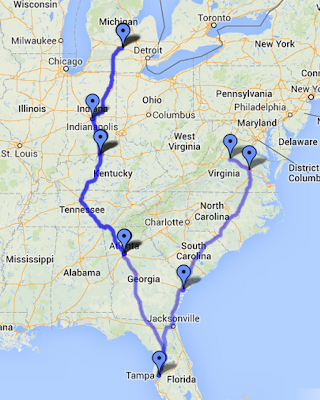 Tomorrow, I am starting off on a trip that will see me in Michigan for a few weeks. It will be my longest moto journey yet, complete with the challenge of trying to pack (mostly) everything that I will need for the stay. My efforts at packing have resulted in some new gear and more than a few compromises. 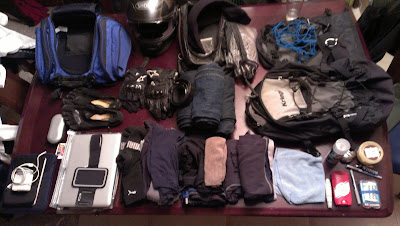 The Consequences of Prohibition. 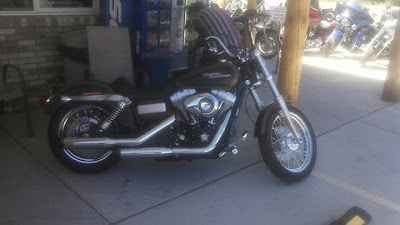 Once, I sat with fellow motorcycle riders and spoke about a trope we often encounter when out on the road. A man who has stopped to check out the machine will inevitably say something like, "Yeah, I want to get a bike but my girlfriend won't let me." I expressed to my homies how vexing this is and told them that I often suggest that they get a bike and a new girlfriend. A friend, however, told me I should have more patience. There are some people, he said, who in fact are making this claim so that they do not have to reckon with a mode of transportation that incites masculine power fantasy but that can be legitimately terrifying. Yeah, sure, these guys are annoying.

But, he said, some of the men who say that their girlfriends won't let them ride are truly held back by the compromises of love. These are men who have the full measure of Biker's Desire, but who risk disrupting the lives they have built with their soul mates. These riders/not-riders deserve our deepest sympathy, for their lot in life is truly tragic.

And so it is in the heartbreaking story of Barry Strang.

After 38 years of denial, his wife finally let him buy his first motorcycle at a dealership in his town in Wyoming. Elated, Strang rolled his machine off the lot, rode for three miles, lost control, slammed into a tractor trailer and died.

Perhaps I am just emotional lately, given the rulings of Florida courts, but Strang's death hurts my soul. His family reports that, while they are completely bent over his demise, they take solace in knowing that he died fulfilling the longest dream of his life. I can hear that; If I die on my bike, my friends should rejoice. I will not have been killed by time or by the cops but by a great love whose risk I accept even as I strive to claw a few measures of safety from chance, distracted drivers and wet roads. But I am still upset over how preventable this all was, and what it says about bike-sellers and soul mates.

First, what the blood is up with that Harley dealership? He visited that shop, say the news reports, every week for more than forty years. (This fact is especially heartbreaking, since it demonstrates that Strang was truly committed, and lived with his desire at the forefront of his life while being held back from it by the love of his life.) That means that he knew everyone in the dealership and that all of these cats knew that he had little to no experience with motorcycles.

The story is not complete here, of course. It may be that he rode the bikes of friends, or that he rode at some point in his life for the test a motorcycle endorsement on a driver's license. What the blood clot ever. The people at that dealership should have sent some cats out to ride with him, or something. They should have taken care of him in some manner beyond just letting him ride off and they didn't. There are people at that dealership right now who are feeling like a bunch of assholes and I hope they feel like assholes for the rest of their assholy days.

Embedded in my harsh judgement is a general sense of "fuck you guys" for dealerships in general. I have often felt that the way that many of them sell bikes is reckless and irresponsible. If a cat with no riding experience, whether they bound with youth and stupidity or are old with slow reflexes, goes to buy a powerful bike, sellers should see to it that they get off on the road in the best possible way. They should implore these new riders to make sure they have someone to ride with who can show them the ropes. They should maybe even have a person on site who helps coach them, with whom they go on short this-is-how-you-manage-the-beast-we-just-sold-you rides. Fuck. 200 horsepower. You can buy a bike for less than a Camry that has 200 horsepower and weighs less than 380 pounds. I know that in America anyone with money can buy what they want because 'Merica is Free, but for fuck's sake. The last status is that the dealer of a motorcycle has knowledge that a first timer doesn't, this knowledge could save their lives, and they don't share it because of the full constellation of issues rooted in culture, commerce and our nation's bogus commitment to some harmful ethereal freedom. So, yeah, fuck everybody in that dealership and all the cats in the dealerships who fit my description.

I have more sympathy for the widow in this story. I don't want to speak about her specifically, but I do have some thoughts on the archetype of the significant other who is the only barrier between their mate and a motorcycle.

This bullshit has got to stop.

I know that people who are in relationships have to make compromises in order to live well together. But we are also supposed to support one another, right? We are supposed to make sure that the other can be a better person. Sometimes that means allowing, or rather, supporting the pursuit of their dreams, even when these dreams entail risk. "I love you too much to allow you to do something dangerous" should be seen as a shitty thing to say to someone. The liquid modern age has brought boredom to the acts of labor that used to give our lives meaning. (Though there is much to be said for those acts of labor are themselves dangerous.) Maybe that danger is just one marker among many that it is worth doing. I know that my perspective is limited on this one, but it is just not possible for me to imagine a happy life in an immaculate cage, even if it was built by and shared with my life partner.

There is a related version of the cage that I do know about. Some cats have suggested to me that the advent of my daughter should be enough to put me off the bike. I guess the idea is that, if I die on my bike, this will somehow be a disservice to her, what with the robbing her of a dad and all. To this bullshit I usually just say that the best example I can set for her is to go hard with the things that I love.

Now, getting killed in the Toyota Tercel that I traded the bike in for--that would be fucking waaaaaaaack.

I guess the last point of this focusless rant is that, sometimes it is the refusal to support your love's desire--to do or be something--that kills your love. Maybe it makes them cold, as their deep want to ride a bike or travel to another country becomes a calcified desire for freedom in general, and you become the chains of that bondage. Or maybe, when you finally relent, you do so at a time that is not optimal, though they are still compelled to act before you change your mind. In their haste to finally follow through, they miss the crucial steps that could have seen them off on a better start, one that would not have fulfilled the fears that conditioned the previous decades of your dream-killing denial.

Strang rode for three miles. It is a pitifully short distance on a bike, yet far longer than many spouse-restricted bike-wanters will ever travel. Maybe this isn't a tragedy worse than death, but it's pretty close.
at 1:45 AM 2 comments: 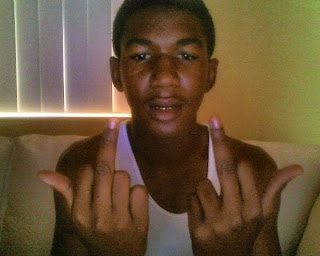 In such a moment, the truth is inflamed. We live in a terrible time amidst terrible institutions. Antipathy transmutes into blame, accusations of iniquity. The collective tradition, the aggregate of customs and background perspectives that we have inherited from the past, slowly reaches up from its hateful depth and corrodes us from within.

That acid burned me into suspicion and resentment long ago, as it had my mother, as it had my grandmother. And since that darkness, that is, the norms of American culture, have been with me so long, I limited contact with those who didn't understand me, or didn't speak my world to those who I knew would not understand but who I could not avoid. The limitation of contact is a privilege that many don't have.

Unable to avoid, they get the worst of the world of another. Maybe they are pulled over by the authority. Maybe they work under an authority, maybe they just encounter a peer who lives in a perspective validated by the authority. It doesn't matter. In each case they stand before the law in all the ways that Kafka said. The law is senseless and traumatic because it comes to us not from reason but from history, which is senseless and traumatic for those who don't commune with historical forces of authority.

The thing about a norm is that it is transparent to the person who wields it. It often takes a moment of contrast to reveal that this way of encountering or acting within the world is one among many and one has the option of acting in another way. A person who thinks that being gay is a choice is asked, "when did you decide to be straight?" The question creates the contrast. The contrast reveals the norm. The norm is visible as tradition and tradition can be shed. But questions are not enough for everyone. Some people just sit with their closed communities, proclaiming, why can't they see this? It's so obvious these people deserve what they get.

The people who are are getting it often see a different world with the same kind of "clarity." Though in this case it doesn't matter because their perspectives have no power. And they are suffering in ways that are not visible to the powerful.

Well, certain kinds of suffering are visible in ways that serve the powerful. But not visible in ways that punish the perspectives that cause others to suffer or to die in the gated communities in Orlando. That is what racial antipathy is, after all; the implicit distaste for the life of another.

I have known my place in this landscape for quite some time now. But now I have been made once again to feel what I know. It is a shame that the greatest gift I give to my daughter will be my hatred.
at 12:19 AM No comments:

Email ThisBlogThis!Share to TwitterShare to FacebookShare to Pinterest
Labels: Despair, Reflections
Newer Posts Older Posts Home
Subscribe to: Posts (Atom)
This is a blog of mostly moto-centric existential reflections. There is also some audio from my radio stylings, quoted passages from literature and rap music and perspectives on Africana thought. Ride with me.